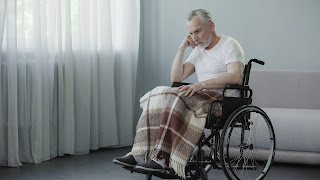 A study spanning several countries found that the infrastructure of long-term care has to change drastically to protect residents from health threats like COVID-19, with simulations finding that 31% of coronavirus deaths in Ontario, Canada, would have been prevented if all residents had had single-occupancy rooms.

“Community outbreaks and lack of personal protective equipment were the primary drivers of outbreak occurrence in long-term care homes, and the built environment was the major determinant of outbreak severity,” George Heckman, a professor at the University of Waterloo in Ontario, Canada, said in a statement  on the study, which was published in the Journal of the American Medical Directors Association.

Outbreaks in Ontario during the first wave of COVID-9 “were not uniformly distributed, with 86% of infections occurring in 10% of homes,” according to the study. The primary determinant of nursing home outbreaks in the Canadian province — as in the U.S. — was the extent of COVID-19 circulation in the surrounding community, the study observed.

Simulations found that 31% of infections and 31% of deaths would have been prevented by single rooms for all Ontario long-term care residents — but 30,000 additional private rooms would have been necessary for this to occur.

Research in the U.S. found that outbreaks were more likely when staff members commuted from neighborhoods with high COVID-19 circulation — and in large homes with more staff traffic, with high-occupancy rooms associated with large outbreaks. Nursing homes that were less crowded, such as those built on the Green House model, had better outcomes and lower hospitalization costs, the study noted.

“The fact that smaller homes not only support better resident outcomes but are more resilient against infectious outbreaks should prompt policymakers to reimagine LTC infrastructure in a post-pandemic world,” the authors wrote.

Design features of the built environment for long-term care “that promote greater multiplicity and comingling of viral vectors — staff or residents — are strong determinants of the risk and extent of outbreaks,” according to the study; investing in smaller LTC units could minimize those vectors in addition to supporting better resident outcomes.

“However, excessive down-sizing may leave residents vulnerable to situations similar to those reported by small Italian LTC homes, as in the United States where outbreaks led to critical staff shortages,” the study authors added. “The solution may lie in architectural approaches that distinguish small-scale living from small-scale housing, using uncrowded and home-like residential spaces. Such infrastructure must be supported by dedicated staff embedded in a responsive organizational structure sufficiently large enough to ensure adequate staff coverage and to share operation resources.”

Those points echo calls from across the nursing home world to invest in better staffing and smaller, more homelike setups for nursing homes.

The authors of the JAMDA study went one step further.

“Any new large-scale developments based on clearly unhealthy institutional architectural designs should be strongly discouraged,” they wrote.

We so appreciate your referrals, and hope your referral to our office reflects well upon you. Simply call our office while you are with your client, friend, or family member. Ask to schedule an office, telephone, or Skype conference (their choice), and they will soon have their estate planning completed.

If you want to facilitate, ask your client to complete an Estate Planning Worksheet. With toll free fax (1-866-904-9638) and email, information can be delivered quickly and cost-effectively.

If you refer numerous clients, ask Christine to provide you concierge service, including an after hours direct dial to schedule appointments, and to answer questions, as well as access to forms and worksheets that might facilitate your referral.

If you would like Attorney Donohew to speak to your group or organization, or if you need a speaker for an important meeting or event, please contact Christine or Stephanie by phone or email. Either can be reached during normal business hours at 877-816-8670.

Monty and Christine are Ambassadors for Lifebanc, and Monty is formerly a state liaison for National Healthcare Decisions Day. We welcome the opportunity to speak to you!

This website/blog is not intended to provide legal advice, should not be considered legal advice, and does not create a relationship of attorney and client. It is intended to supply general information. We do not necessarily endorse and are not responsible for any third party content that may be accessed through the website. You should not assume that the information on the website applies to your specific situation without consulting counsel. If you are interested in discussing a specific legal matter, please telephone, write or send an email to us and we will be happy to communicate with you.

Non-lawyers are cautioned that providing specific advice and counsel to others may constitute the unauthorized practice of law, and therefore, care should be taken in disseminating information contained herein.